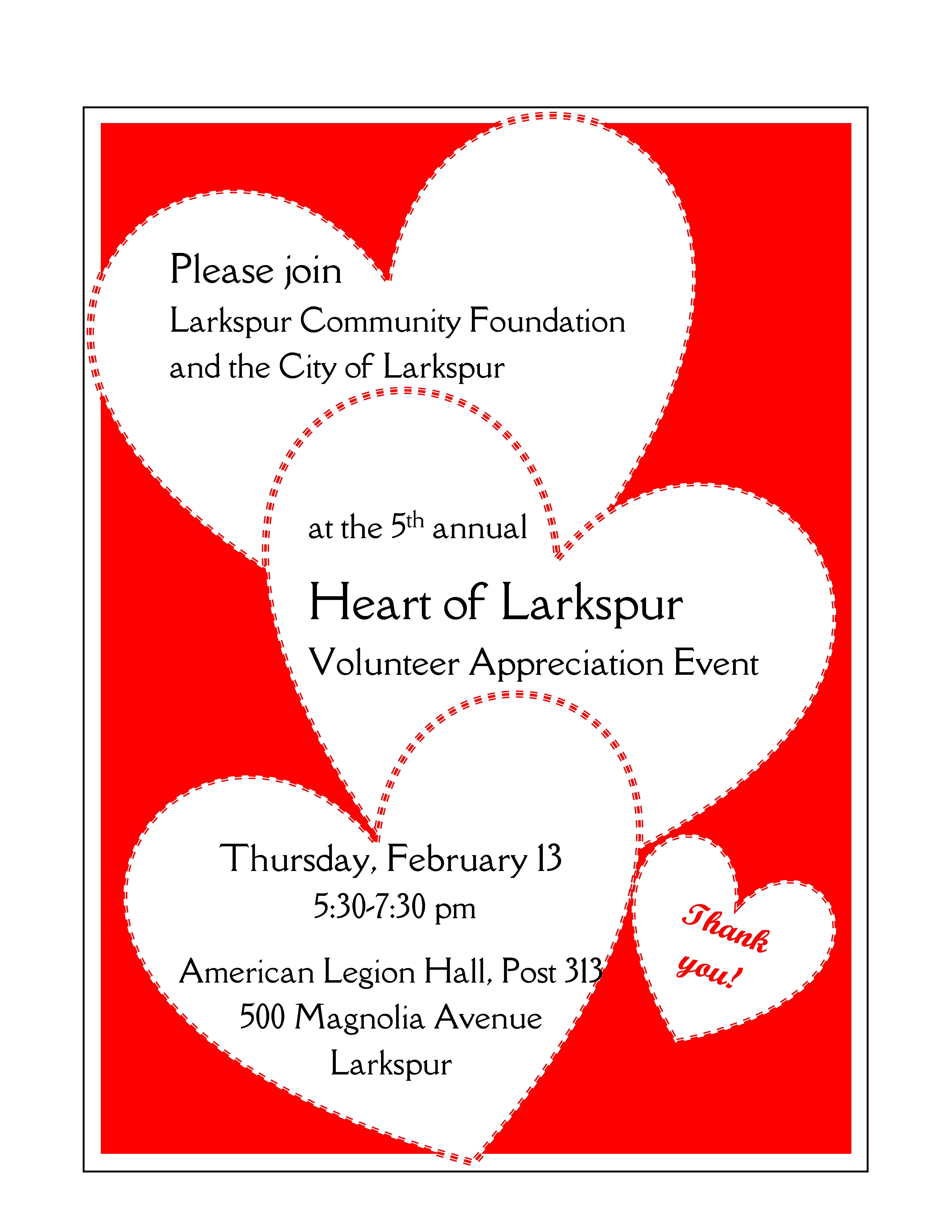 LARKSPUR RESIDENTS AND OFFICIALS CELEBRATE VOLUNTEER WORK IN OUR COMMUNITY

More than 120 citizen volunteers and Larkspur city officials came together in downtown Larkspur on Feb. 13 to celebrate accomplishments resulting from community efforts at the fifth annual “Heart of LARKSPUR” celebration. The event is hosted jointly by the Larkspur Community Foundation and the City of Larkspur. We are so grateful to our very generous door prize donors:

Special emphasis at this year’s event was on volunteers involved in emergency preparedness through Neighborhood Response Groups (NRG’s) that prepare residents to cope with neighborhood emergencies. “Neighbors helping neighbors is the essence of community,” said Sandy Blauvelt, president of the Foundation.

Establishment of the Larkspur History Fund, initiated with contributions from the late Helen Heitkamp and augmented by additional support in her memory, was announced.

Neighborhood Response Group Volunteers gather for a photo
The gala evening, presided over by Foundation President Sandy Blauvelt, ended with a drawing of many door prizes donated by Larkspur restaurants and merchants.

The mission of the Larkspur Community Foundation, founded by citizen volunteers in 2013, encourages volunteerism and civic participation.

“Citizen volunteers are incredibly important to our community’s well-being, as are the city employees responsible for helping make the city function,” said LCF president Sandy Blauvelt. “Our annual celebration enables the Foundation and the city to recognize and thank those who contribute so much to Larkspur.”

If you are a volunteer we would like to invite you to the party next year! If you work for an organization that relies on volunteers or if you know of someone who volunteers in or for Larkspur or Greenbrae; please send volunteer names and email addresses to info@larkspurcommunityfoundation.org.